The Darkness Before the Dawn

Plus you face finding a job, a new home, a move and 4-6 weeks of credentialing and licensure.  This all means that your debts have come due and no sign of a pay check for up to two months.  The phone is ringing off the hook with everyone you ever borrowed money from in the last 14 years on the other end.
The kids are using moving boxes as trash cans, laundry hampers, shelves, and toys because you can't afford any of those things until that first paycheck comes.  I cannot tell you how hard this phase is.  OMGosh, there is not a word to describe it. It was horrible though.  Finally, after long last, when I thought I couldn't go on-  Here comes the sun!!!! 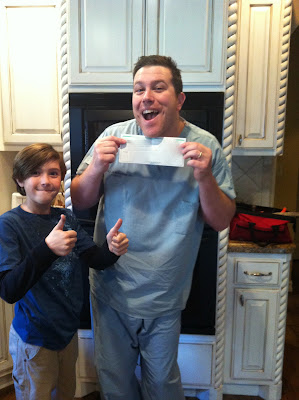 Posted by TheFamousStacie at 1:36 PM 17 comments:

One day left of residency

I can't believe it's almost over.  One more day of residency and he's a real, board certified, bonafide anesthesiologist.  Tomorrow is the end of an era.  I feel like I should have some sort of degree or something for enduring this time of famine.  We are staring our debt straight in the eye.  We are broke as dirt and closing on a large beautiful home.  My life is a contradiction right now.
The contracts are signed, tests are passed, paperwork complete.  Just waiting now for our new life to start.
Posted by TheFamousStacie at 6:06 AM 9 comments:

Greetings All!  I know I haven’t posted in a while, but I am back in the fold now and ready to blog.  My post today is about the “doctor tax”—a social/societal premium placed on goods and services when people find out your husband is a physician.

Let me preface this, and if you’ve ever read anything I’ve written before, you know this – in the real world, I NEVER, EVER volunteer the fact that my husband is a physician.  Okay, I told my gynecologist, but I figured that’d keep them on their toes.

There have been instances when I am utilizing someone in the service industry, and they ask me about my husband.  Sometimes my husband is with me when this happens.  They ask about what I do, but I never get into the whole “I have a law degree but am working a menial office job” routine.

This has arisen a few times and I will list the interactions when my husband’s profession comes up.

1)       Hair Salon --  who am I kidding, I don’t go to a salon.  I go to Great Clips, and when I told the lady I was moving, after just having moved, she asked if my husband was a doctor.  What??  How could you jump to that conclusion based on simply having to move?
2)      Movers – they were nice and all, and things got packed and delivered perfectly, but did they really need to know what my husband’s profession is?  The credit card payment already cleared, people.

I firmly believe in tipping based on the quality of service received.  In certain situations, like at a restaurant, many states pay the serves less than minimum wage.  I have never tipped below 20% in that case, even for the worst service (except once when the waitress was racist, she got 0%).  Just because my husband is a doctor doesn’t mean that I need to be tipping 25% or more every time.

In the instance of a hair salon, I tip on service and good personality.  My hairdresser doesn’t have to be my best friend.  In fact, I salon-hop a lot because I’ve had to move so much.  But being polite goes a long way, as does making me look better than what I did when I came in.  I am NOT going to tip you more because you prodded me and found out my husband is a doctor.  You might think I have a ton of money, but that would make you an idiot.  You need to realize that your salon charges $30 or less for a haircut if I am so rich wouldn’t I go to the many other places that charge upwards of $65+?

As for the movers.  I tip $20 per person, if they go fast and don’t break things.  I tip the driver $40 total because they usually help with loading/unloading at both points of the move.  Just because my husband is a doctor doesn’t mean you are going to get hundreds of dollars in tips or a fixed percentage of the 4-figure move.

Just another rant of a poor resident’s wife.  We aren’t even half way close to six-figures and we have six-figure debt, so I just *hate* when people expect more from me than they do others J
Posted by Mrs. F at 10:09 AM 14 comments: 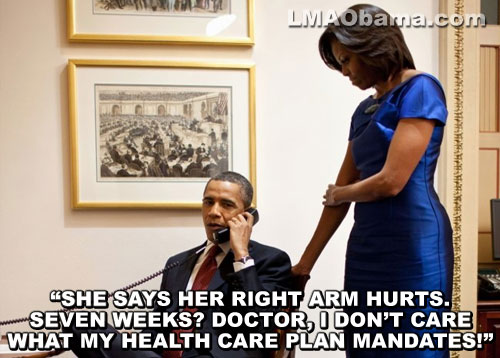 Posted by TheFamousStacie at 7:45 AM 3 comments:

I had this idea in my mind of leaving for our adventure of medical school and residency. I imagined we were sailing off on a ship heading to the horizon to seek our fortune.  I thought there would be time after, once we return, for the kids to get to know their grandparents.  There will be time after when the children will grow close with all their little cousins.  When all this training non-sense is complete, then we will have that special time with family that will be the kids' memories of family into adulthood.

My mom called me yesterday.  She had that deep empty sound in her voice; I asked her if she was okay.  No she wasn't okay.  She had just left Molly's funeral.  Molly is Colleen's mother who passed away this last Friday.

We've had to face mortality with Chad's father's cancer during these residency years.  Fortunately, for now, it's in remission, but it reminds me of how short and precious this life is.  That there is not always tomorrow, and I shouldn't wish today away.

Colleen, I am so sorry for the loss of your sweet Mama.

Posted by TheFamousStacie at 7:59 AM 9 comments:

Have you ever played the game Rummikub and gotten to the end and you KNEW you could win, but it was going to take some major movin' around and you weren't sure if you were going to be able to get all your pieces connected to a set and accounted for?

That is kind of a weird analogy, but that is how I feel sometimes when Ben is gone and I have to do things where I can't take my 3 kids with me.

I just found out he can't come to my only sister Megan's wedding next month in Tulsa, OK (We live in Fort Worth, TX.) because he has to work.  Being the maid of honor, I have to figure out what to do with my three kids all day and most of the night on Saturday...*sigh*

All MY family will be at the wedding.  My mom is in hospice care now after 8 years of struggling with breast cancer, so if she just makes it to the wedding even for the ceremony, I'll be ecstatic. Obviously she can't keep up with my kids and my dad is her primary caretaker, so...that rules him out.  Ben's mom has MS and has just moved HER elderly father in with her to take care of.  Ben's sister has 4 kids of her own who are all involved in every sport there is, so their Saturdays are always crazy.  The rest of Ben's family lives out of the area.  I think I can leave my 6 month old with Ben's mom (in NORTH Tulsa), but not my two rowdy boys, so I have to ask a friend from the church I grew up in that I haven't seen in quite some time (in SOUTH Tulsa abt 35 min away from Ben's mom) to take them for the day, and then Ben's sister can get them for the night until I can get back to pick them up.  I wish I could hire a babysitter, but our 18 month savings that we stocked up on is starting to run low, so we have had to tighten our belts a bit to make sure we make it until he starts moonlighting in the Fall, and I can't afford a babysitter for three kids all day long.

Plus, lately when we have been coming to Tulsa to visit our families (my mom), we have had an issue with where to stay.  We have had to separate because it is too hard to keep the boys quiet, so they won't wake up my mom.  She is now sleeping in snatches when she can at any time of the day because she isn't able to sleep laying down comfortably anymore.  She sleeps in a recliner in the living room, propped up by several pillows, leaning forward on more pillows on the hospital rolling cart that my dad serves her her food on.  :(  Ben typically goes to his sister's house with the boys, and Ally and I stay in the guest bedroom and visit my mom at her house.  With Ben not coming, I have to find a place where we can all stay together.  We could ALL stay at his sister's, but like I said, she has 4 kids of her own.  If we stay there, there will be 7 kids ages 9-6 mos, running around. (Well, scooting, in Ally's case.)  CRA-ZY.

I'm so tired of all the finagling I have to do to make this work, and on another note, I know you all  understand where I am coming from when I say that I'm going to be royally pissed off if Obamacare jacks with the life plan we have struggled and sacrified for for our entire marriage and things don't pan out.  Especially if it means we end up nearly half a million dollars in debt, after 10 years of working hard with not much to show for it, and no reasonably quick way to pay it all off.  I'll be danged if that happens.  I'll be like Alexander from the children's book who had the Terrible, Horrible, No Good, Very Bad Day and "think I'll move to Australia."
Posted by Colleen at 8:03 PM 5 comments: